A stray kitten hiding under leaves turned into a confident, beautiful cat.

Aurore and Mickael were on their way to Chatons Orphelins Montréal, a cat rescue in Montreal, Canada when they noticed something moving under a pile of leaves and twigs on the side of the road.

They took a closer look and saw tufts of hair sticking out of the pile and saw that a cat was hiding in the dirt. The little stray was frozen with fear and didn’t move. The couple were very concerned and immediately notified their rescue for help.

Celine Crom of Chatons Orphelins Montréal dropped everything and hurried to the place. When she arrived the kitten was still there, her head tucked in the leaves. 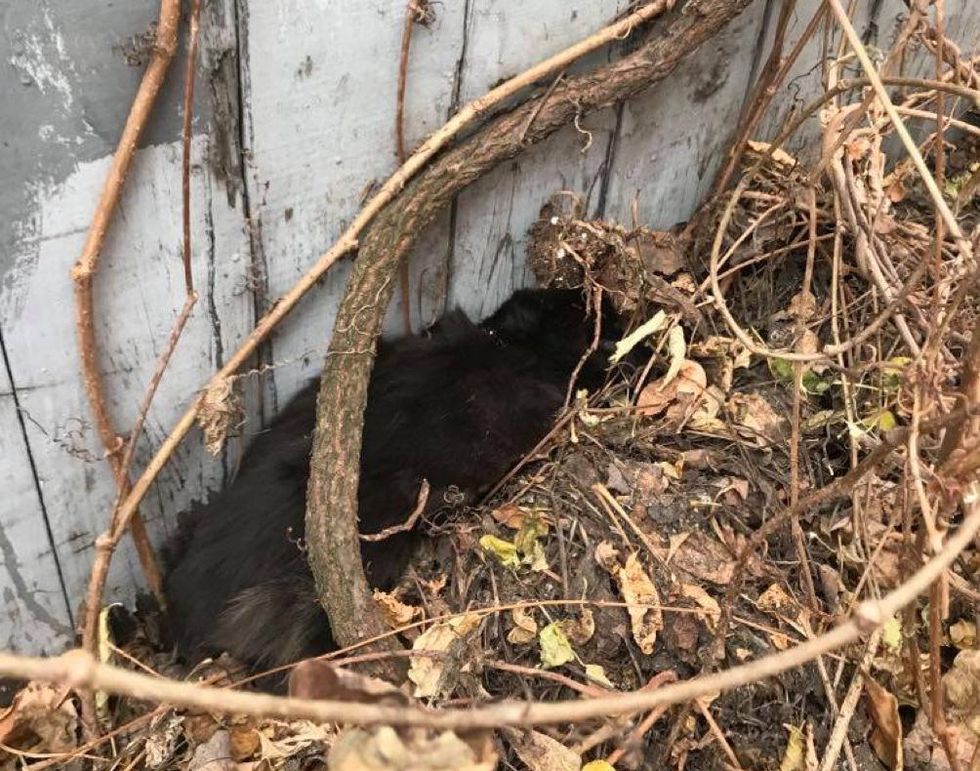 “He buried his face in the pile. He was petrified and tried to stay hidden the whole time,” shared Celine Love Meow.

She gently picked up the kitten, which neither resisted nor tried to escape. “He was so scared he was trembling like a leaf. He was so small and very thin.” 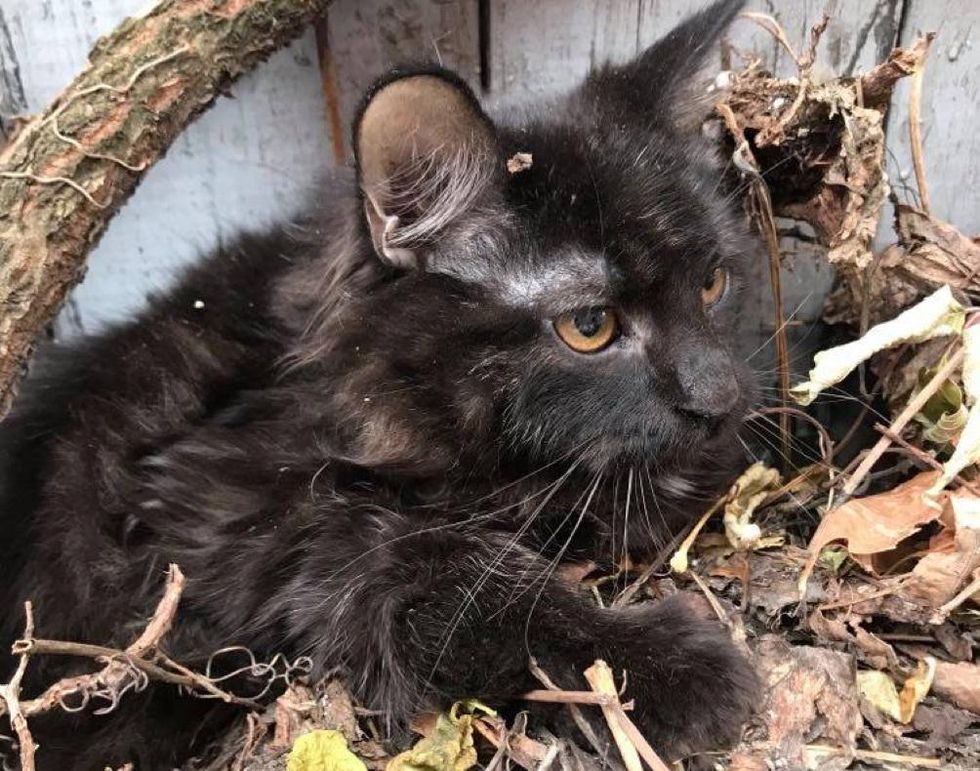 Celine took the kitten straight to the vet and arranged a nursing home where he could be cared for and learn to socialize.

The kitten was estimated to be seven months. He was very shy and hid behind a cuddly toy at the vet. Slowly but surely he began to warm up for the people. 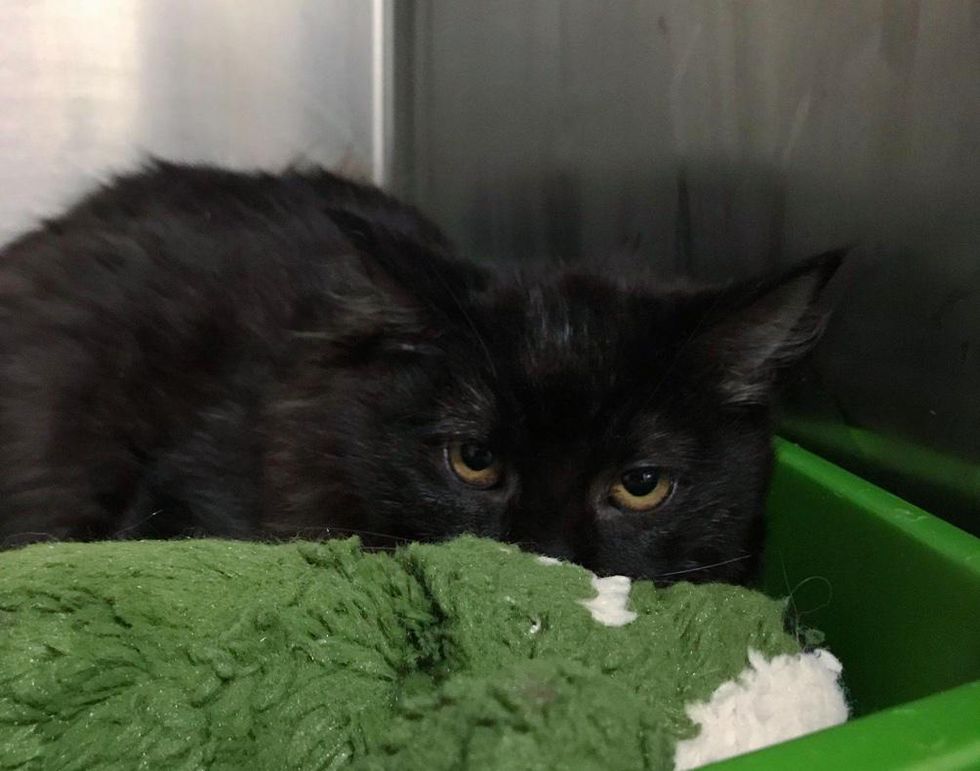 Beneath all the fluff he was skin and bones and very small for his age. The kitten was named Mika after Mickael, the person who discovered him.

“Mika was lucky enough to be found in time before the snow,” added Celine. 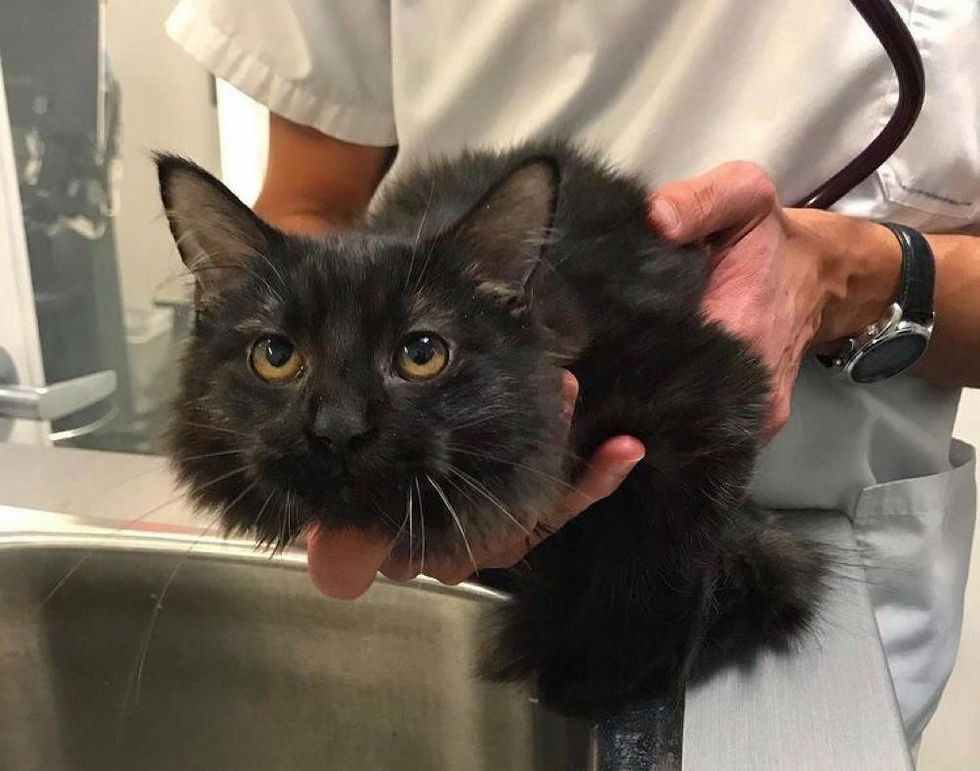 After a long ordeal, the kitten went to its nursing home, where it was given a quiet, comfortable room.

He was still very shy, but was finally able to relax and turn a much-needed eye shut. Mika fell asleep that night with a full stomach and all her worries behind her. 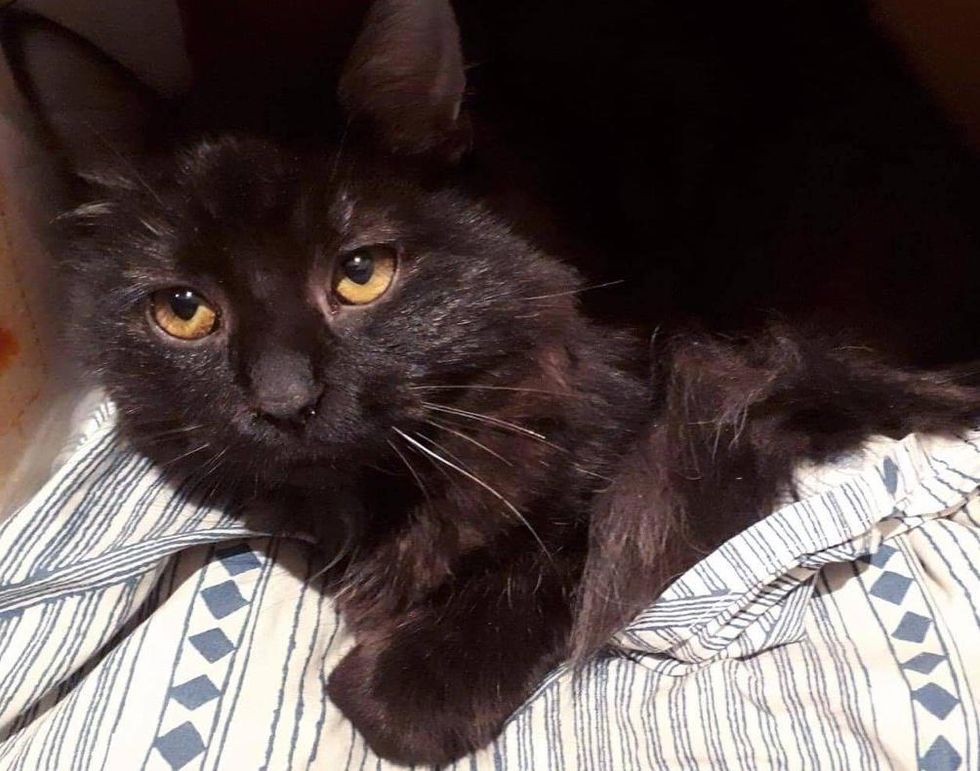 Laeticia, the foster mother, ensured lots of great food, lots of love, and all of the time it took the kitten to adjust.

To help Mika overcome his fear of people, she wrapped him gently in a towel and snuggled up against him several times throughout the day. The kitten initially prevented eye contact, but when he realized he was safe, he began to purr a little. 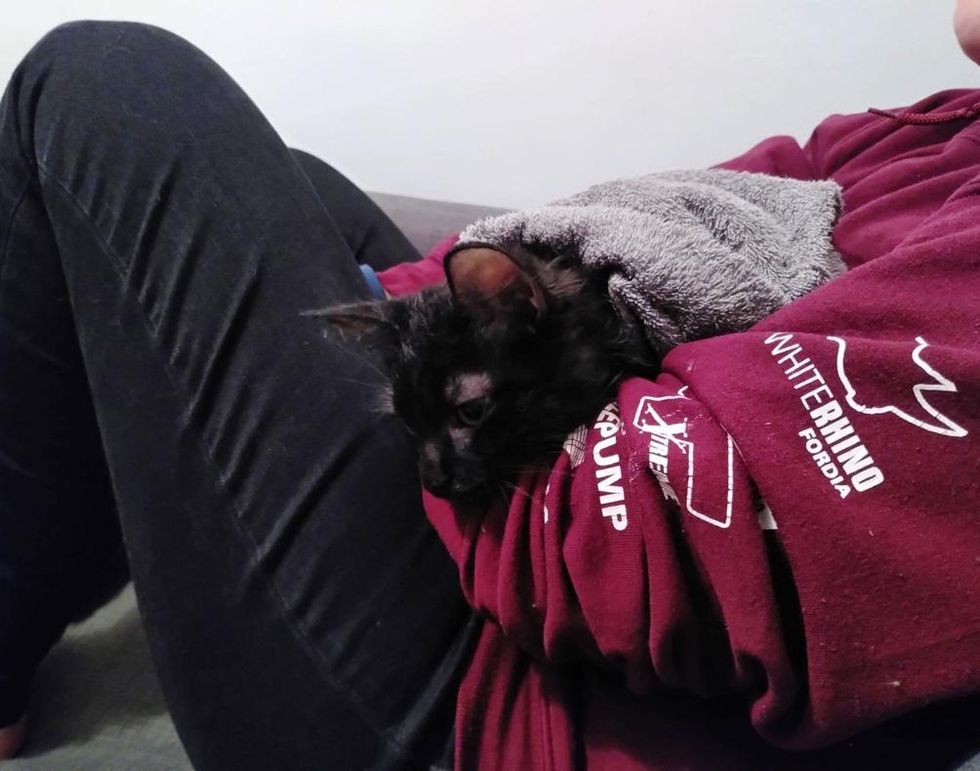 When Mika was ready to meet other feline friends, Laeticia’s domestic cats took him under her wing.

Mika looked up at the older cats and learned to be brave by watching how they interacted with their humans. He gained confidence and began to show interest in his people. 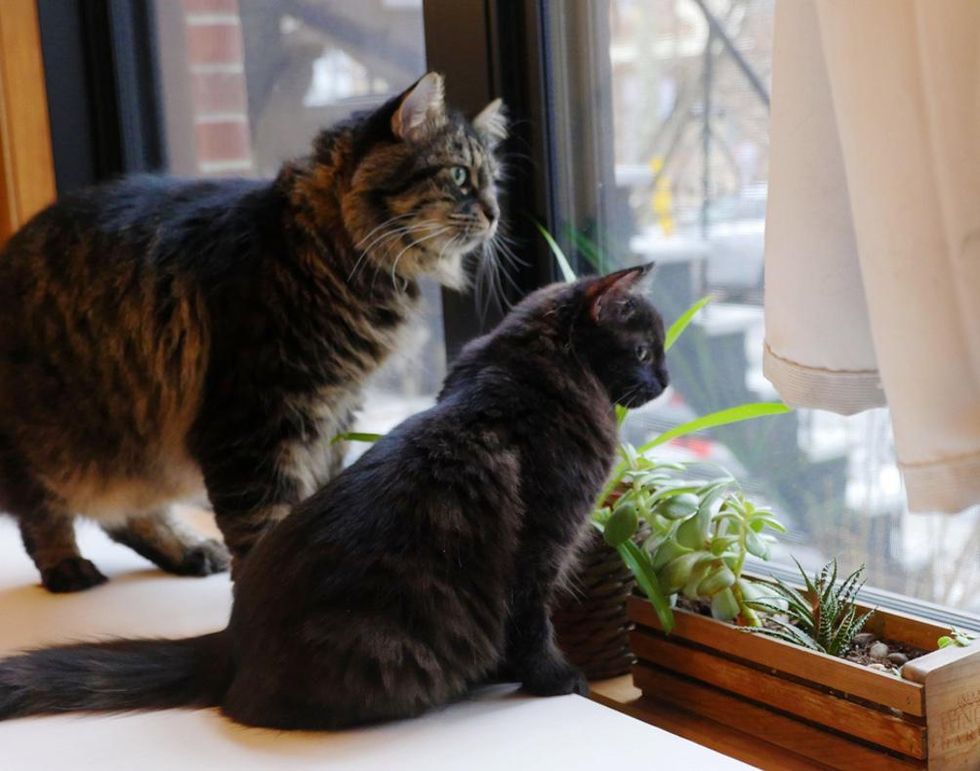 “At first he was very shy, but with a lot of patience he began to trust,” shared Celine Love Meow. “Mika really connected with the house cat and started enjoying life indoors.”

With his newfound confidence, his playful and adventurous side came out in full swing. 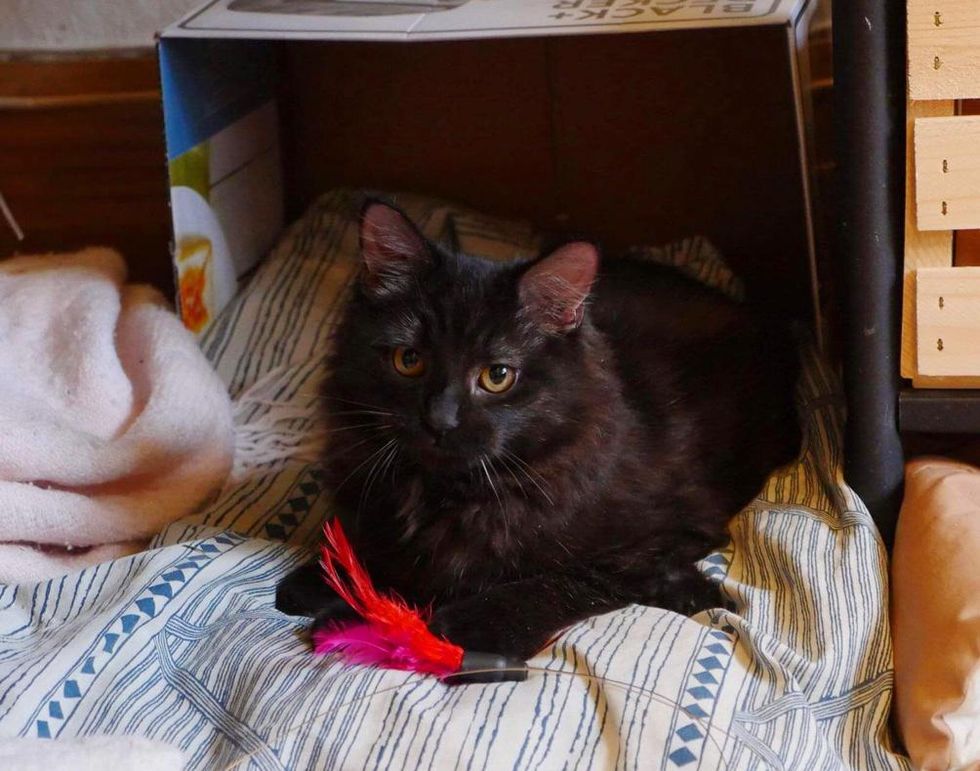 He grew braver and even began to seek people’s attention. With the help of the house cats and the unconditional love of his foster mother, Mika felt like a kitten again, scurried through the house and climbed onto anything he could put his paws on.

“He became more confident and didn’t run away in fear,” said Celine. “He started to spend more time with his people at night and made progress every day.” 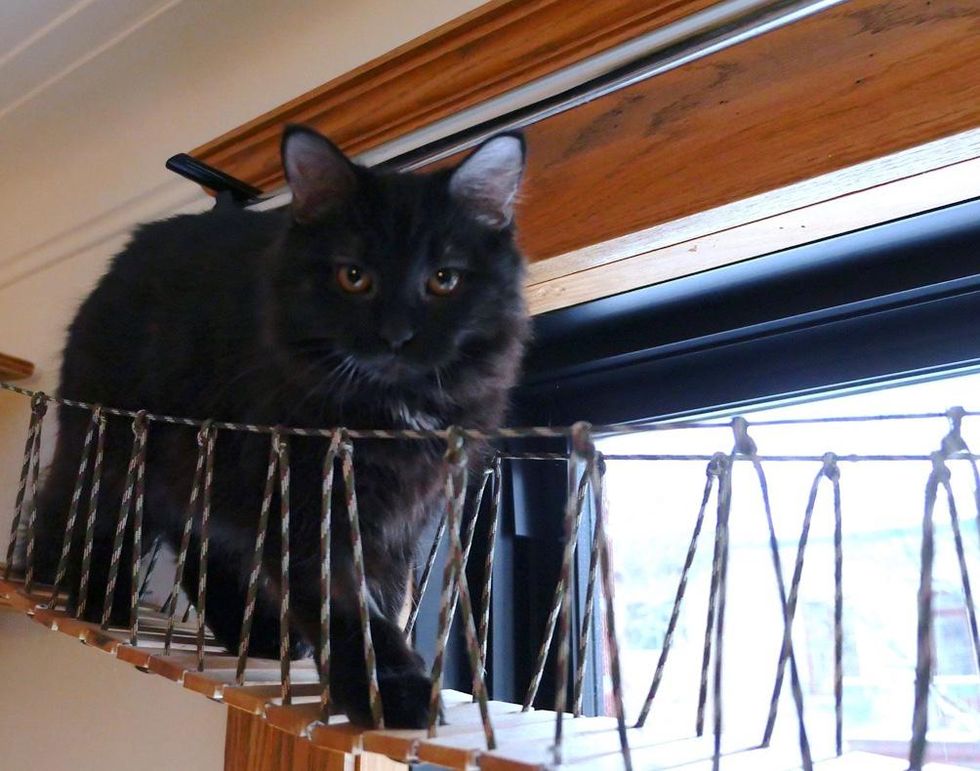 The fluffy kitten grew up enjoying the company of people and would follow his people around the house to be close to them.

The once skinny little stray has turned into a fluffy, gorgeous panther cat. 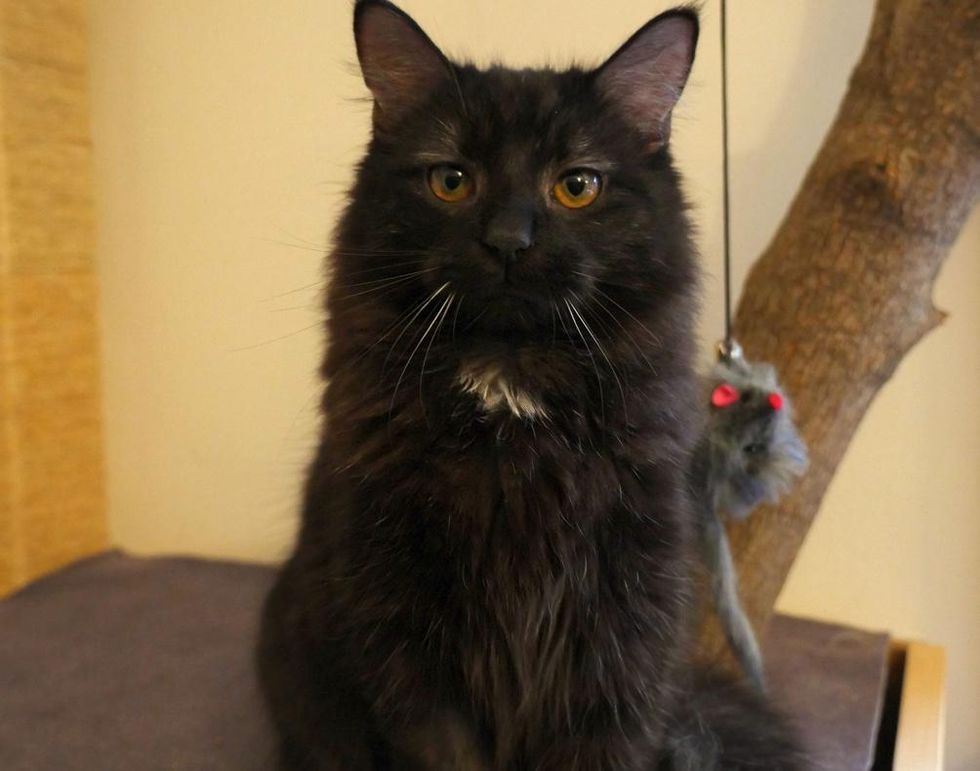 He doesn’t want to find any more hiding spots and can walk around with his head and tail held high.

When he was ready to start a new trip to his home forever, a Montreal family fell head over heels in love with him. 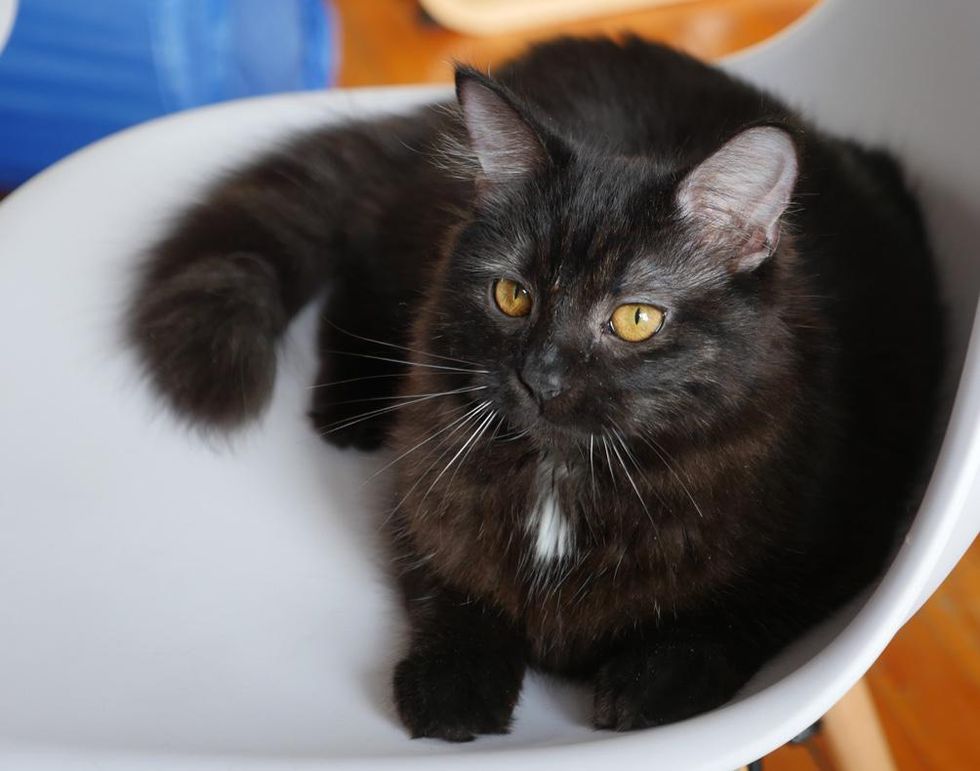 A few months after Mika’s rescue, he was officially adopted and moved into the family of his dreams. 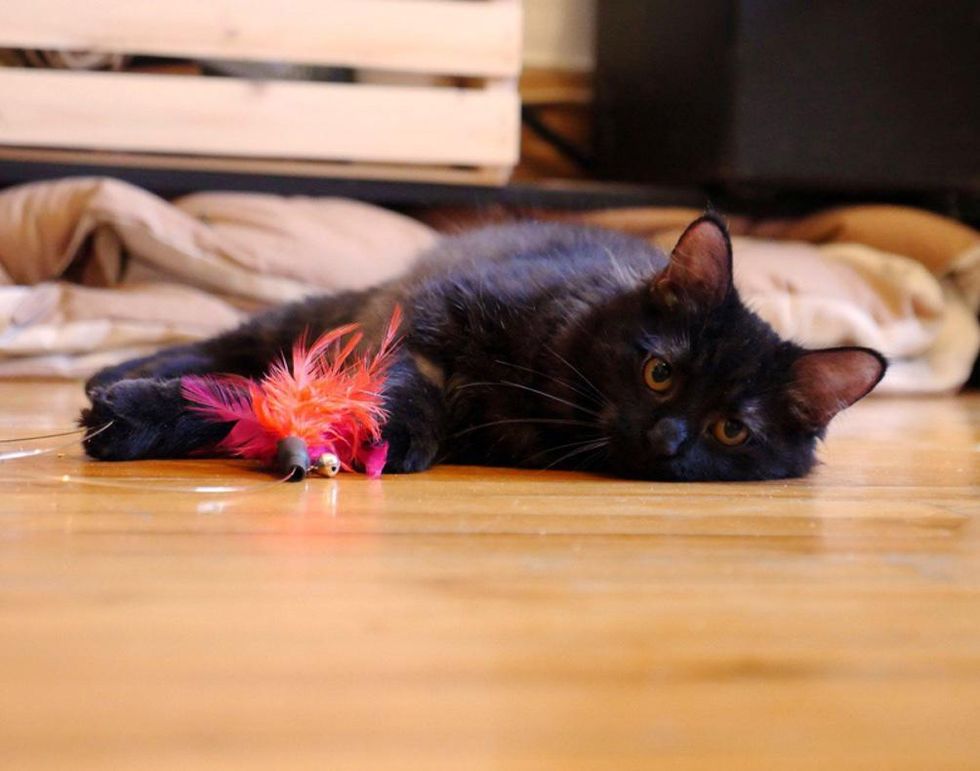 Mika rules the quarter in his new home and lives life like a king. 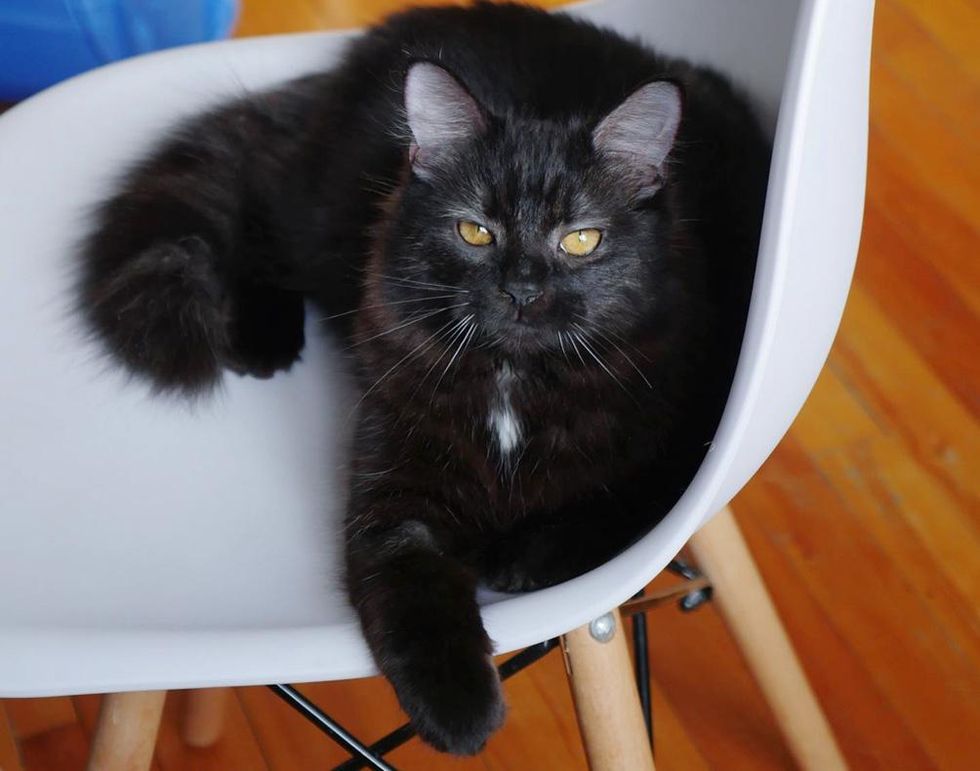 Related Story: Kitten finds family of her dreams and wins everyone with her lovable personality

Taking into account the license price for lifelong fishing

Kittens left behind in the flower pot jump back on their...

Cat showed up at the family door and asked to be...

The fight against stealing