Scientific discoveries that go back eons to the past prove once again that cats of all kinds have long ruled the world.

A fossil discovered in Dawson City, Yukon Territory, Canada, gave researchers at the University of Copenhagen another look into one of the greatest cat predators in history. The Homotherium latidens, known simply as the scimitar tooth cat, roamed the earth during the Pleistocene about 2.5 million to 11,000 years ago. With stocky bodies and powerful forelegs, these epic predators were able to defeat all types of larger herd prey such as caribou, horses and bison. The end of Pleistocene era brought the death of the scimitar tooth cat and fossils are all that is left to tell us their story.

Image courtesy of the University of Copenhagen

The exact age of the recently found fossil could not be determined using typical radio-carbon dating methods, which means the fossil is more than 47,500 years old. And while the age could not be accurately determined, other valuable information about these cats of the past was gleaned from the DNA, furthering the image science already built up.

What Does the Scimitar Tooth Cat DNA Show?

Studies of the DNA extracted from the fossil Homotherium latidens show that the cat with the scimitar teeth was a completely different species from other cats living at the time. As a sister species, the scimitar cat was a cat all of its own.

In particular, genetic material exhibits a physical trait that distinguishes them from their large cat cousins. The scimitar tooth cat possessed genetic and optical abilities that made daytime hunting possible. Most cats living this time as they are today usually hunt at night or in the hours closest to dawn and dusk. But the scimitar cat ran to prey under the hot sun. 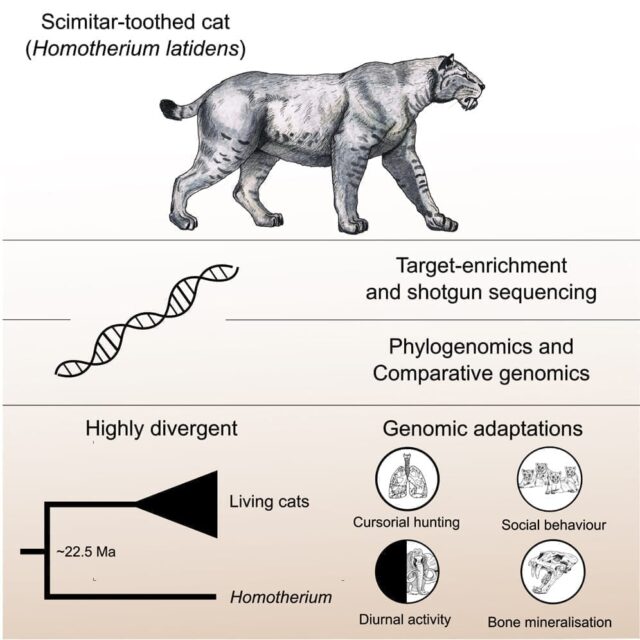 The running endurance of the Scimitar cat also distinguishes the hunter from other felids of the Pleistocene. Cats run in short bursts of speed, but this predator could travel impressive distances until either the cat or the prey gave in. Michael Westbury, postdoctoral fellow in the Evolutionary Genomics Section of the GLOBE Institute at the University of Copenhagen and co-author of the study, said: “They had genetic adaptations for strong bones and cardiovascular and respiratory systems, which means they are well suited for endurance sports . Based on this, we believe they hunted in a pack until their prey was exhausted in daylight with an endurance-based style of hunting. “

And it seems that some of these saber-toothed animals frolic in the world.

Co-author Ross Barnett said, “This has been an extremely successful family of cats. They were present on five continents and roamed the earth for millions of years before becoming extinct. “

“We just missed her.”

And here is a thought that might haunt your dreams at night. Barnett: “The current geological period is the first time in 40 million years that the earth has lacked Sabretooth predators. We just missed her. “ 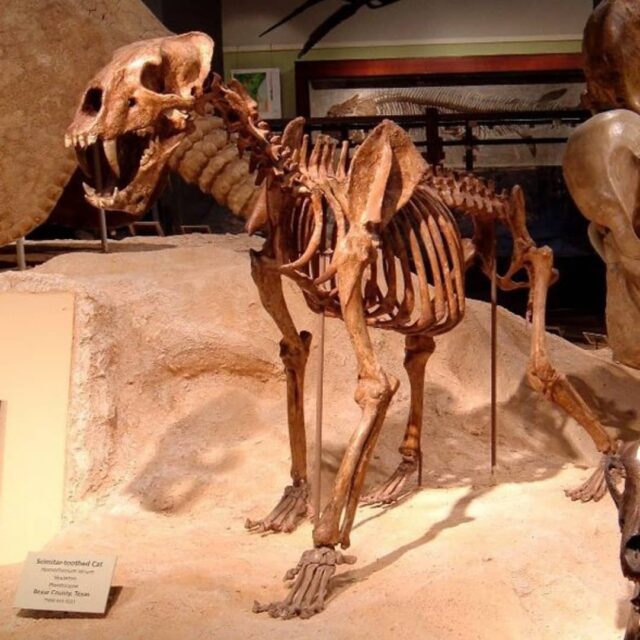 Lucky for us! Wild tigers, lions, and cheetahs are wild and well-designed enough without worrying about their oversized primitive cousins. Plus, our domesticated kitty loves give us enough sass to keep us busy. Their teeth may be tiny replicas of the scimitar tooth cat, but they are still sharp daggers that you can use to reach for the bandages. Any cat parent who has ever got a nip from their sweetheart’s teeth will attest to this.

Cute kitten cuddles up to cat and won’t let go after...

Thief steals Van with a dozen day dogs inside

Cats pick us up during the pandemic