During our last visit to Bali Aquarich we were greeted again with two new hybrid varieties of dwarf angelfish. It looks like this place is a hybrid factory that has its share of new fish every month.

Since Mr. Su purposely mixes all types of angelfish in his huge spawning tanks, figuring out which hybrid crosses we will get is always a lottery. We always speculate when it comes to juvenile half-inch hybrid angelfish. Only when they are adults can we finally give an almost truthful answer as to what mix is ​​possible in these fish. Right now it’s just speculation. 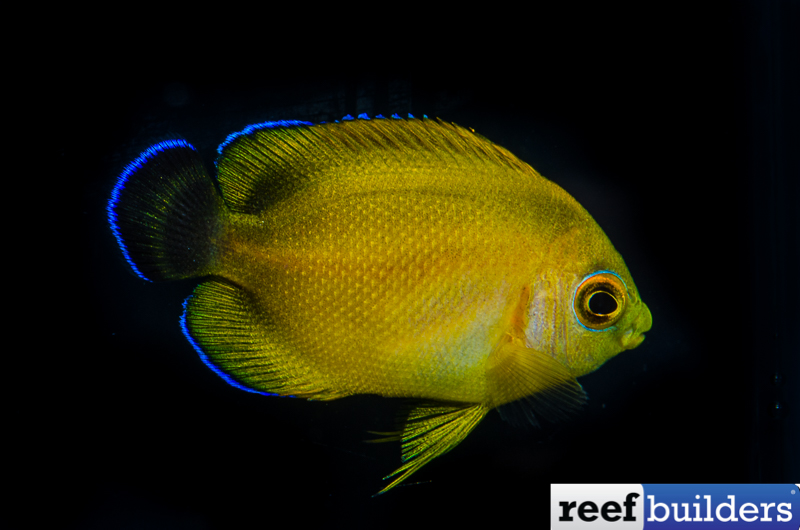 In the course of time a beautiful yellow base color developed.

A couple of weeks ago, Mr. Su sent us a picture when the fish was barely 1/4-inch and the yellow hadn’t come out yet. It really looked like a classic Half Black Centropyge Vroliki. But since we first saw it, a nice yellow tint has developed all over my body. 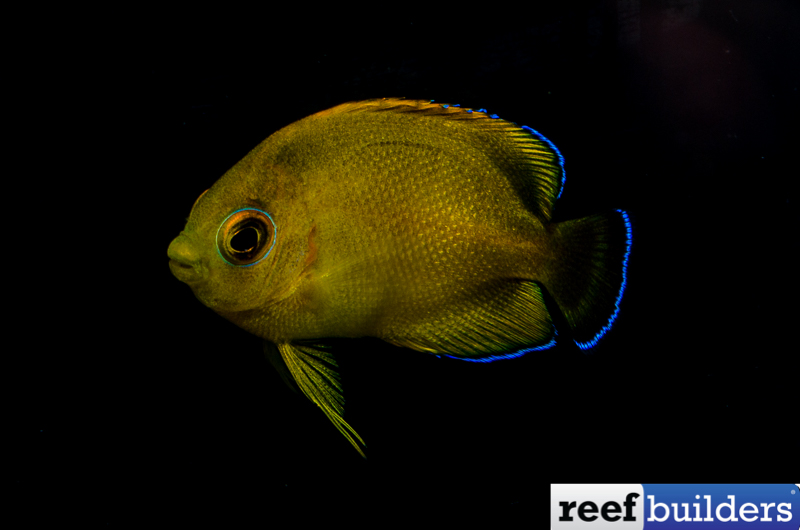 Notice the blue ring around the eye.

In these very small fry it is often very difficult to actually distinguish some characteristics. And it takes a massively enlarged photo to really see the smallest details. In the picture we quickly noticed a beautiful blue ring around the eye. These two traits led us to conclude that the possible other parent is the lemon peel Centropyge flavissimus. This hybrid is very rare in the wild, particularly in the western Pacific region, and the few specimens have already been collected. But it’s been a while since we’ve heard of one.

We are very excited to see what these fish will grow into. And whether the whole batch will be similar or whether we will have a whole range of different fish. 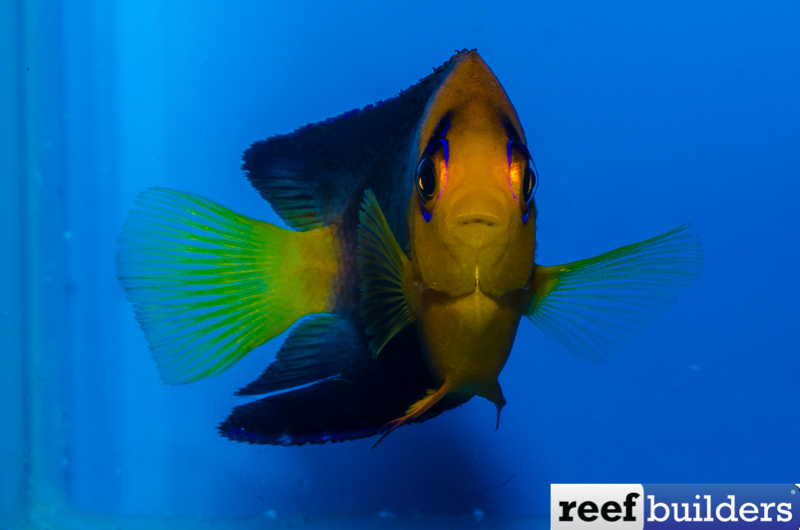 The other lovely treat we were greeted with was another very weird hybrid angel. For now, the best possible assumption would be a mix of Bicolor Angel (Centropyge Bicolor) and Multicolor Angelfish, Centropyge Multicolor. The only hybrids of Bicolor Angels we ever heard of were yellow angelfish with Heralds. 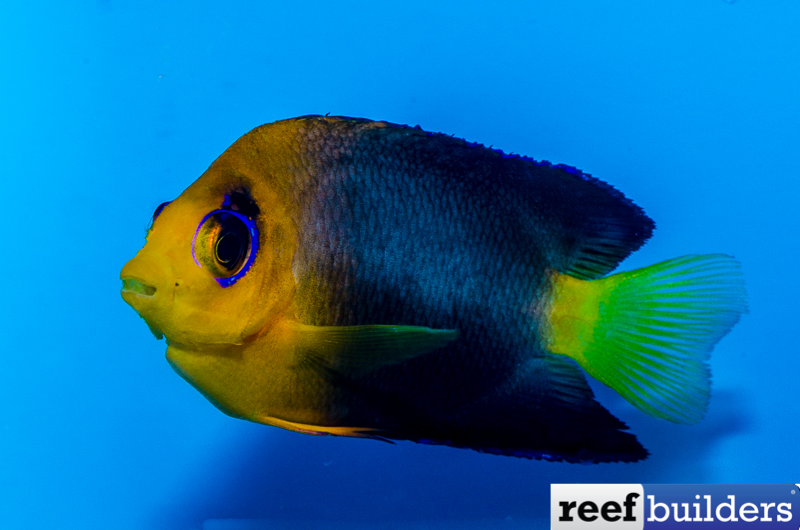 Note the blue mark over the eye that is characteristic of both species.

Because the distribution of bicoloured and multicolored angelfish is very different – it is only possible to find these two species together in Fiji and Samoa – we have never heard of a natural hybrid of these two species. We’re pretty familiar with many deviating bicolor angelfish, but multicolor are much harder to come by. 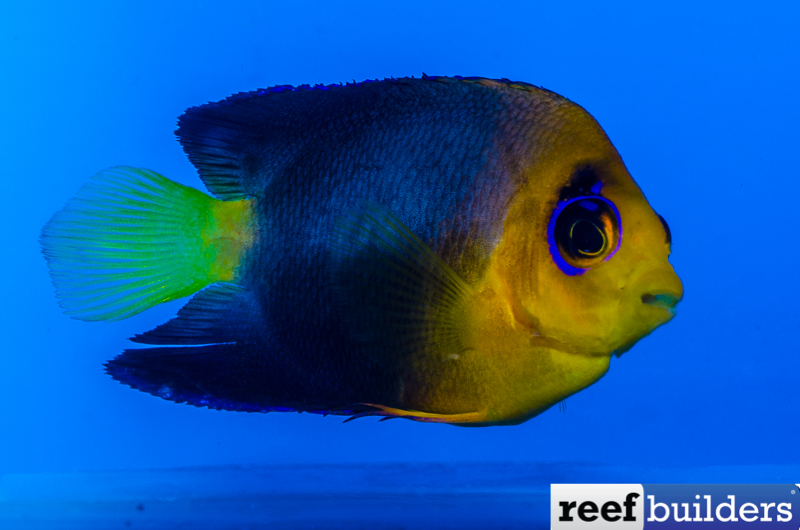 The resulting Bicolor x Multicolor looks a lot like a Joculator, especially the blue ring around the eye, but the faded, bleached sides point to the Multicolor. These two new hybrid fish will soon reach market size and will be offered in a few very specialized boutiques. Stay tuned and let us know if you are purchasing any of them so we can monitor their adults’ coloring.

What you need to know about Red Tide in Florida

8 things we do that really confuse our dogs

Stray cat gets help for their kittens at the last minute...

Fishing and sailing with my kids in Alaska